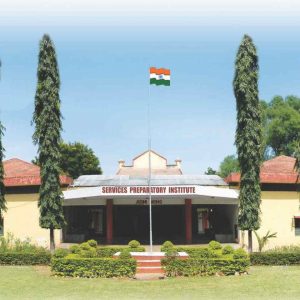 SPI AURANGABAD NEWS: NOVEMBER 2019 As many as 13 candidates of Services Preparatory Institute (SPI) figured on the merit list of the Union Public Service Commission – National Defence Academy’s (NDA) written examination. The written examination was held on April 21 and its final result was announced on Tuesday. Thousands of candidates attempted the examination while only 372 succeeded to find a place on the merit list and got the admission. More than 550 are waitlisted. In the merit list, 13 cadets from SPI Aurangabad were figured in the final merit list. Cadet Piyush Thorave (Navy) has obtained 16th (first in SPI) All India rank, while Siddhesh Khalde (Army) got 19th place (second in Aurangabad), followed by Abhishek Kate – Army (AIR 61), Mihir Desai – Army (76th), Vivek Zade – Army (119th). Sangamesh Malwade – Army (134th). Chashak Patle Array (154th), Devansh Khedkar – Air Force (221st), Saumitra Golwalkar – Army (244th), Sahil Gotmare – army (264th), Atharva Deshmukh – Air Force (289th), Ravi Kejbhat Air Force (339th) and Vaibhav Patil – Air Force (407th). The selected candidates will undergo three years training at National Defence Academy (NDA) located at Khadakwasala  near Pune and thereafter they will be sent for one year specialized course for joining army, navy or air force as an officer. Three students from the institute have also cleared Technical Entry Scheme (TES). They are Chinmay Mehendale – Navy, Piyush Thorave – Navy, Siddhesh Khalde – Navy. As per the director of SPI, “The results show that Cadets of the institute continued the tradition of  success. Success of the cadets on national level is praiseworthy. Notice of these SPI cadets would be taken on national level. Cadets success will give a new direction to the youths in the State.”  Why SPI? SPI stands for Services Preparatory Institute. It is an Institution established by the Government of Maharashtra in 1977 with the stated aim of putting Maharashtra into the National Defence Academy. It is a two year course for boys who are selected after a state wide entrance exam. Boys who are in the Tenth class & meet the laid down age criteria are eligible to appear for the entrance exam. What does the SPI give the young boys? It not only prepares them for the selection process for the National Defence Academy, it also gives them a sense of pride and elan. It gives them that intangible & indefinable quality called leadership ability. In its 40 year history the SPI has In its 40 year history the SPI has given the nation leaders in all spheres of human endeavour. There are 517 military leaders till date and the numbers keep growing. Please see the accompanying news articles. In the next one month or so 44 of its cadets will be appearing for five day gruelling interview process, called SSB, Services Selection Boards, one the toughest selection procedures in the country if not the world. At SPI, a 14 – 15 year old boy undergoes a real transformation in the next two years or so. Not only he learns to be by himself but also to take the team along! After all that is what leaders are for. There are no separate classes on leadership at SPI, but the varied routine itself makes them leaders, this fact has been proved by the alumni of the SPI across the world, from the various defence academies like NDA, INA, OTA or AFA, on the battlefield as well as in the corporate world. Yes, though all cadets of the SPI aspire and aim to be military leaders, all do not join the Armed Forces. Alumnis of the SPI have been rendering yeoman service in diverse fields ranging from Civil Services to medical, engineering, banking, tourism and entrepreneurship. Services Preparatory Institute (SPI) Aurangabad has a strong alumni network across the globe. You can find a SPI (SPI candidates call themselves SPI pronounced as SPY) in every corner of the world who will provide to a fellow SPI a shelter on top of the Himalayas or give you a lift in the Helicopter he is piloting while you go on leave or may give you a ride on his submarine. All that is made possible simply by saying I am a SPI.  That is your son's passport to this wonderful brotherhood.So when you send your son to the SPI (as of now it is only for boys) he becomes a responsibility of the SPI, and when that young lad of 14/15 comes of age, the SPI becomes his responsibility, his soul.At SPI, they are eagerly waiting for you.... may be as eagerly as you are to join their rank & file!!!So go ahead register your son as a candidate at the link given below. SPI shall see that from a candidate you become_a_leader! Register for SPI Aurangbabad written exam and interview coaching at www.theforcesfoundation.com SPI RESULT OF UPSC WRITTEN EXAMINATION (144 NDA COURSE) HELD ON 17 NOV 19 SPI Results are the best as seen from the deails below 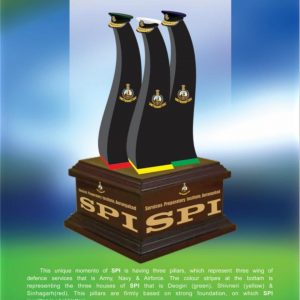